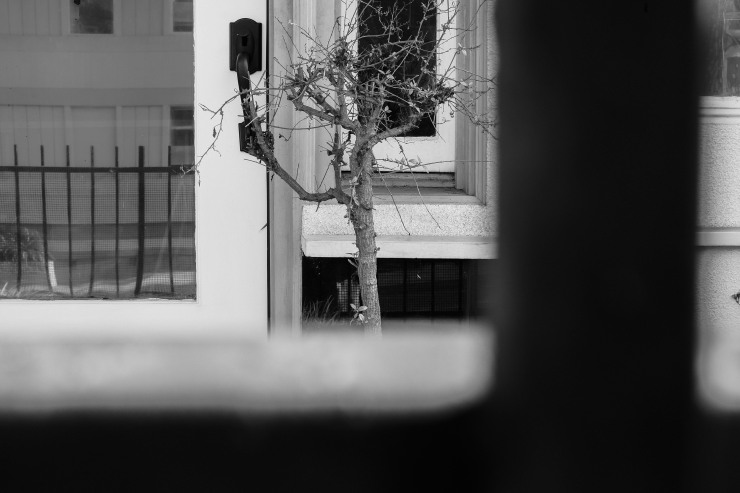 This photograph is a mistake. I was shooting through a fence at the subject behind it. Only problem was I hadn’t put the lens completely through the gap in the fence.

Come on What Are The Odds of the mistake being better than your original idea?

I’ve been working on doing black & white JPGs straight from the camera. The Fujifilm X cameras are supposed to be good at this but I’ve done everything in RAW the past few years that I wasn’t ready to go back to JPG. So now it’s RAW and black & white JPG. And it has been fun.

The first couple of days shooting with RAW and B&W JPGs I wasn’t getting the look that I wanted. Since 1958 I have used Kodak Tri-X film and that was the look I was trying to get. Then I happened upon an older video by a YouTude photographer that I follow and he describe his settings for B&W JPGs with his FujiFilm X cameras. I tried them out and BAM! Exactly what I wanted. I still need to occasionally darken the shadows as I did in this photo but in general they’re good right out of the camera.

So add to the odds that I was shooting for B&W makes this an even bigger odds breaker.

One Reply to “Against The Odds: Mistakes”